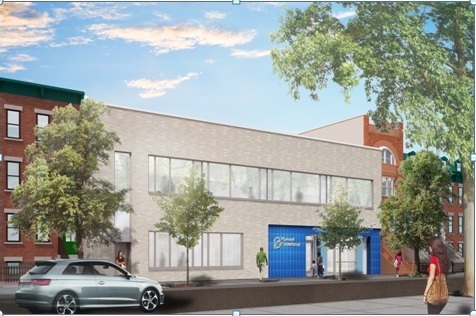 Planned Parenthood of New York City (PPNYC) will be breaking ground Thursday on its first healthcare center in Queens.

The new center is being constructed in the Court Square section of Long Island City, at 21-41 45th Road. It is expected to open in 2015.

Planned Parenthood, a non-profit center, anticipates that it will serve 17,500 patients annually at the location.

In a statement, PPNYC said that thousands of Queens patients have to travel to other boroughs to receive its services.

“The new health center will strengthen our ability to provide Queens residents with the essential reproductive health care services they need,” said Joan Malin, President and CEO of PPNYC.

Planned Parenthood estimates that one in five women in Queens do not have health insurance.

Councilman Jimmy Van Bramer who allocated $750,000 of city funds to help bring the Long Island City facility to the area, said earlier this year that it was important to bring essential “healthcare for women and all new Yorkers” to Queens.

Meanwhile, Life News, a news site catering toward the pro-life movement, was less than happy about the announcement. “Forty percent of Unborn Babies in New York City are Aborted, Planned Parenthood Wants More,” referring to the new facility.

The abortion rate in New York City has been falling. The Health Department reported that in 2012, 38 percent of viable pregnancies ended in “induced terminations.” They’ll be running a grand opening special. Get a FREE box of artisinal macarons with every abortion while supplies last!

Besides Pap smears they also have mammo screenings. Now how is that wrong?

Mammo smears and pap screenings. What’s not to like? Get me a couple of dozen of ’em.

This is a good thing.

It’s about time women had a better alternative close by. The dirty lil secret…..Crime rates started their nose dive in the US as those that would have turned 16-18 in the early 90’s, but we’re never born. The ‘right to lifers’ always crack me up

This is BEYOND inappropriate to locate this facility at that location. This used to be a quite, residential street. I guess it will not be any more. And- they LIED. They claimed that abortions would NOT be performed at this location. It’s just wonderful knowing that contagious medical waste will be nestled between residential houses. Well done, morons.

It’s always nice to have a baby killing factory in our back yard.

You do realize, don’t you, that in addition to abortion services Planned Parenthood offers BIRTH CONTROL to millions of women nationwide? Not to mention wellness checks, paps, etc.?

Love how the ridiculous right is so interested in protecting the fetuses but they want nothing to do with providing for ACTUAL LIVING BREATHING WOMEN in their community. Or you know, welfare for the babies born to the impoverished.