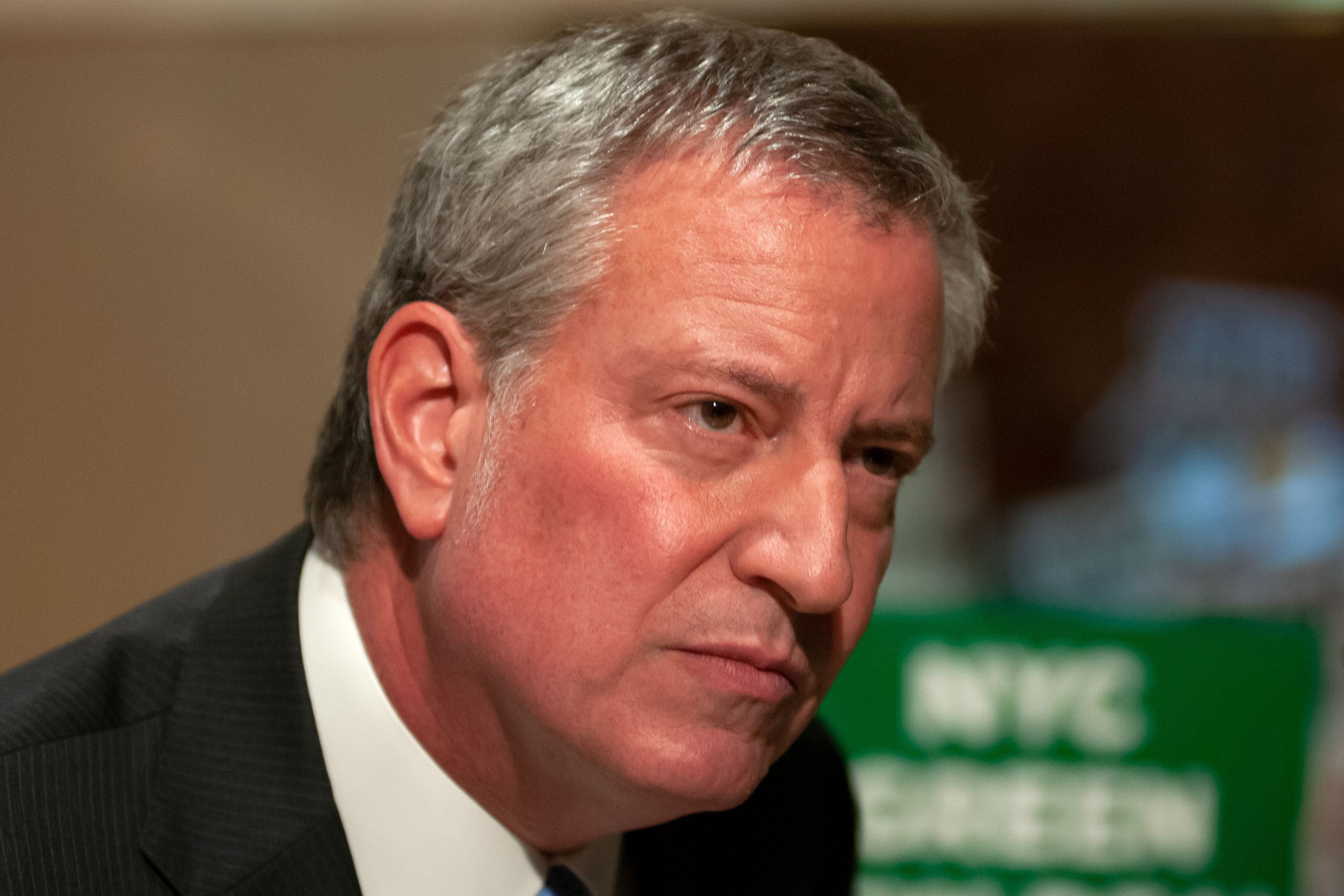 By Greg David, THE CITY

New York City is depending on federal aid from Washington to protect Mayor Bill de Blasio’s precariously balanced pandemic-shaped budget from the many risks it contains  — including any shortfall in ambitious money-saving targets.

Those are among the key findings of fiscal experts from the Independent Budget Office and the Citizens Budget Commission, who said Tuesday that even with the best-case short-term scenario, multi-billion-dollar budget gaps loom for years to come.

“We face a very protracted recovery and a long period of stagnation,” said Ronnie Lowenstein, director of the IBO, which projects a $4.5 billion decifit in the 2022 fiscal year.

Since January, our projections for NYC tax revenue for 2020 & 2021 have dropped by a combined $8.5 billion, and $5 billion for 2022. See our projections: https://t.co/PBu4zSsCLe pic.twitter.com/yLQpasQeJc

Both the IBO and the CBC issued detailed reports Tuesday on the long list of ifs in the $88.1 billion budget agreed to last month by the City Council and the mayor.

They begin with $1 billion in labor savings the administration has committed to without any specifics, the threat from Gov. Andrew Cuomo to cut state aid to the city by as much as $3 billion and an anticipated $335 million reduction in police overtime.

The CBC has noted that previous efforts to curtail overtime have failed — and a skeptical IBO projects that the administration will spend $400 million more on overtime than budgeted.

De Blasio Tuesday said he expected to meet the goal because many events that lead to overtime, such as parades, have been cancelled, and police coverage at ballgames has been curtailed. “There are a lot of things that are not happening in New York City for the foreseeable future,” he told reporters.

But CBC President Andrew Rein pointed out the city is likely to face additional costs for both reopening schools amid the coronavirus crisis and for the extra day care working parents will need because of the planned staggered school schedule. The budget has no money for either.

Seeking a ‘Bridge to Stability’

In a little noticed provision, the budget also eliminates a reserve that sets aside money for raises of 1% a year for the next round of contracts with municipal unions. The administration denies it is pursuing a wage freeze, instead saying it will demand any salary increases be paid by productivity improvements.

City Hall remains confident it will meet its goals, even as aid negotiations go on amid uncertainty in Washington.

“We balanced the budget in June by achieving billions of dollars in savings and committing to reduce labor costs by $1 billion this year,” said Laura Feyer, a de Blasio spokesperson. “However, we need to receive federal aid or we will be forced to make very difficult decisions.”

Fiscal experts want those difficult decisions to be made no matter what money comes from Washington.

“Federal aid, which the city should get, should be used as a bridge to stability and to mitigate future risks,” said Rein. “Some people think you get federal aid and it relieves the pressure. It’s not just true. The pressure is on for the long run.”

Much of the money de Blasio has saved resulted from things the city didn’t do during the pandemic shutdown, such as running school buses. The CBC put the total of needed recurring savings at $1.3 billion, and noted that only about $300 million comes from improving productivity.

The CBC wants a stronger effort to pare payroll through attrition and find ways to  operate more efficiently. “The city budget needs a reset,” said Ana Champeny, a CBC analyst.

The Adopted Budget also has substantial risks. Some Savings Program savings may be hard to achieve. Additionally, the plan relies on $1 billion in Labor savings that have yet to be identified. CBC created some approaches to create savings without layoffs: https://t.co/hIeIJeOVKD

Lowenstein said the city could also use federal aid to bolster the reserve funds it drained by $4 billion for the 2020 and 2021 budgets, leaving about $3 billion.

The future year gaps are reasonably big and the outlook is reasonably high that they will be bigger,” Rein added.

The one bright spot the IBO sees is that tax revenues will be relatively stable in future years. The city phases-in increases in property values, so many assessments remain high and keep stable property tax revenues, which account for a third of tax collections.